The tracking ads industry wants us to believe that it is necessary to spy on the whole population in order for online advertising to be able to fund the web as we know it. The truth is, the internet and many of the things that make it great (like freely accessible online content) have existed long before ads contained invasive data trackers.

While Google’s and Facebook’s global ad revenues have now surpassed 200 billion US$ annually, news publishers’ ad revenues have plummeted dramatically over the last two decades; between 2005 and 2018, news organisations saw their ad revenue fall by 70 percent.

The reason isn’t that there are fewer online ads; digital advertising is booming more than ever. The decline of publishers’ ad revenues is to a large extent caused by their incredible dependence on the tracking ad industry — most importantly Google and Facebook.

In the past, news publishers were selling valuable ad space in their papers and on their websites. The ad space was valuable because it provided unique access to the newspaper’s audience. No invasive tracking and profiling of their readers needed.

With tracking ads, technology companies and data brokers have put themselves as powerful middlemen in between advertisers and publishers, sucking up large parts of every Euro invested in ads. The Guardian has found that in some instances 50 to 70 percent of ad revenue is lost to those middlemen.

There are so many different players taking a little cut here, a little cut there — and sometimes a very big cut. A lot of the money that [advertisers] think they are giving to premium publishers is not actually getting to us.

To make matters worse, advertisers are now able to target readers wherever they go, even on low quality websites that sell ad space for dumping prices. News publishers have to compete with those low quality websites on fully automated bidding platforms. And with every bid, Google and other data brokers take a sizeable share of the ad spent.

Tracking-based ads enable the financing and targeted spread of disinformation and other harmful online content. That is possible because tracking ad networks that provide the technology for advertisers to bid on the cheapest ad space, often allow bids for websites that distribute such harmful content.

During the 2016 Presidential elections in the U.S., for example, a new lucrative business model in North Macedonia consisted of building fake news websites that spread lies mixed with half-truths and divisive political content about the elections. Google’s tracking ads network “AdSense” and Facebook’s content algorithms allowed the authors to make hundreds of thousands of dollars by peddling harmful content on dozens of immensely popular “news” sites.

For youngsters in a country where just under half of the youth population is unemployed, the opportunity to earn US dollars through Google AdSense and other ad networks was transformative.

In 2016, Facebook admitted that it allowed advertisers to exclude users based on race, a practice that is likely illegal under anti-discrimination laws. A year later, researchers found that Facebook permitted to target paid content to users who expressed interest in the topics of “Jew hater,” “How to burn Jews,” or, “History of ‘why Jews ruin the world.’” An excellent tool for those with money to spread anti-Semitic messages. And in April 2021, Facebook was caught allowing advertisers to target children that were profiled as being interested in smoking, alcohol and weight loss.

The ability to target individuals or specific groups of users with tailored messages based on their intimate private information (like race, age, health data, religious or political affiliation) is a dangerously powerful tool to those who can pay platforms like Facebook to disseminate it. That isn’t to say that people shouldn’t be able to spread messages; but that they should not be permitted to use people’s personal data to manipulate them. 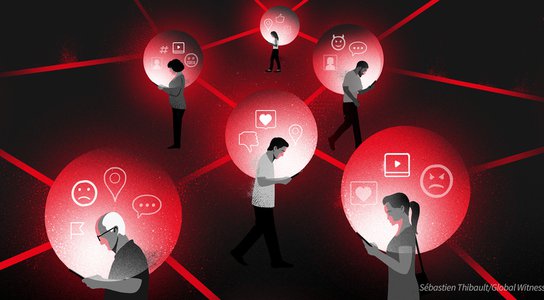